Ping Pong Summer is playing at the Sarasota Film Festival.

Ping Pong summer will be playing at South by Southwest.

Gravitas Ventures has acquired our latest production Ping Pong Summer it is scheduled for a theatrical release date of June 6th, 2014.

Read more about it at The Hollywood Reporter 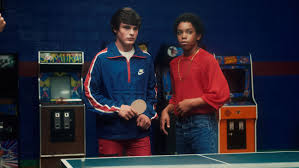 Michael Tully’s follow-up to 2011’s narratively erratic Septien is a coming of age comedy that’s mainstream in the extreme, which could work distinctly to its advantage. Accessible, amusing and sporting a soundtrack of 80s rap and soft rock tracks, Ping Pong Summer stands to attract attention from period-film fans and teens perhaps more attuned to their parents’ generation than their own. It’s the summer of 1985 and awkward 13-year-old Radford “Rad” Miracle (Marcello Conte) is on his way to the Maryland shore to vacation for a couple of weeks with his parents and wiseass, proto-goth older sister Michelle (Helena Seabrook)…

Congratulations to the entire cast & crew of Ping Pong Summer! The film is now an official selection at the 2014 Sundance Film Festival!

Victoria Raccuia will be joining Compass Entertainment in the role of associate producer. Ms. Raccuia has experience in communication and public relations. Over the past year, she served as a freelance reporter for The Saratogian and was a cable/satellite editor at Tribune Media Services. Ms. Raccuia graduated with a B.A. in communication from Bryant University. In addition, Compass has also named Zachary Durocher, a filmmaker and writer, as an associate producer.  In 2013, Mr. Durocher’s short film ‘Kite Falling’ was awarded best direction at the Buffalo/Niagara Film Festival. He is a graduate of Clarkson University. 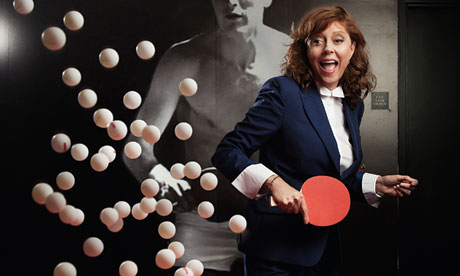 The Guardian UK talks with Susan Sarandon about her love of ping pong and her role in Compass Entertainment’s next release Ping Pong Summer.

Check out the article in Indiewire on Compass Entertainment’s latest project “Ping Pong Summer”  Click on the link below to read the whole article.

Follow the link below to read about our new production “Ping Pong Summer” currently filming in Ocean City, Maryland.

Compass Entertainment is proud to announce it latest production “Ping Pong Summer” starring Susan Sarandon, Lea Thompson, and John Hannah. Principle photography begins in September 2012 in Ocean City, Maryland. Ping Pong Summer is a about a family vacation during the summer of 1985 that changes everything for a teenage boy obsessed with ping pong.